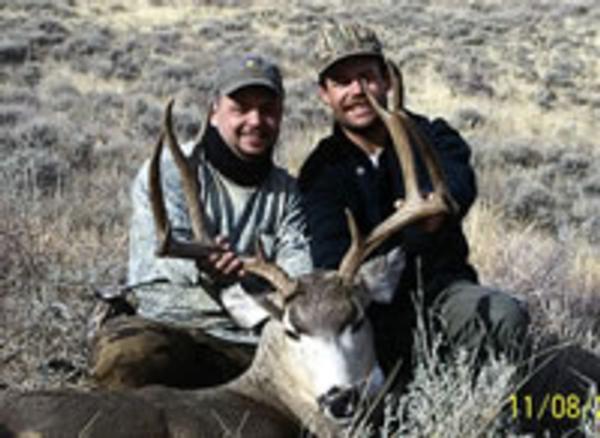 We saw bucks every day on our mule deer hunts but the quality was way down. It was like the perfect storm for poor hunting.

First, central Nevada had one of the driest winters and springs they have had in about 50 years. Horn growth was the worst I have ever seen.

In addition to that, the lowest high temperature we had during the early season was 71 degrees. If that were not enough, the Department of Wildlife doubled the tag quota statewide and almost tripled it in one of our units.

We had two other bucks that clients missed and unfortunately two bucks that were hit and we never recovered.

Hey, but that's hunting. We worked hard and persistence pays off. Check out our web www.gandjoutdoors.com for pics from last years success.   Follow us on Facebook!